"For me Bette Davis was a total punk.
Punk is about attitude and she had it down."
Boy George 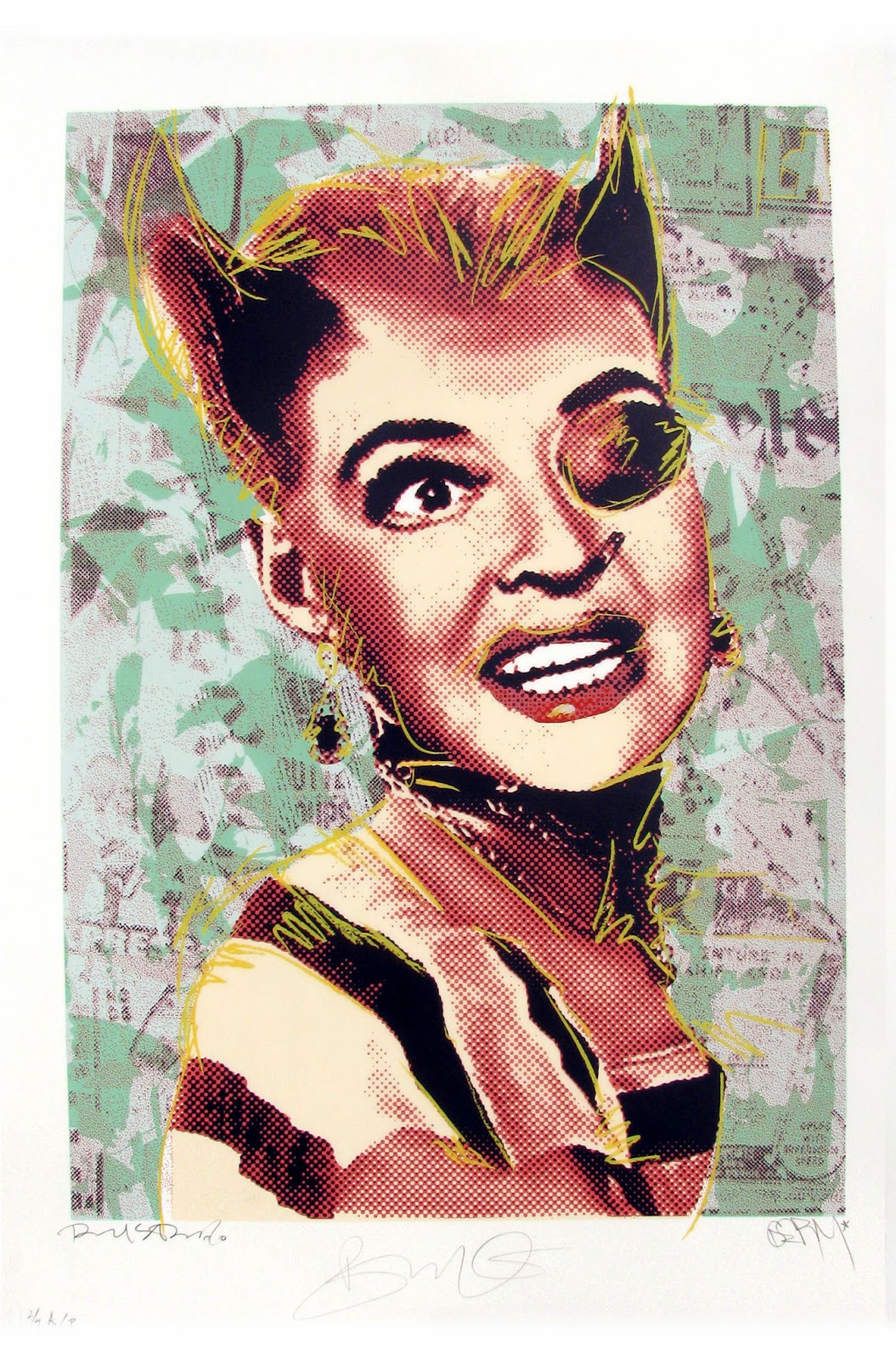 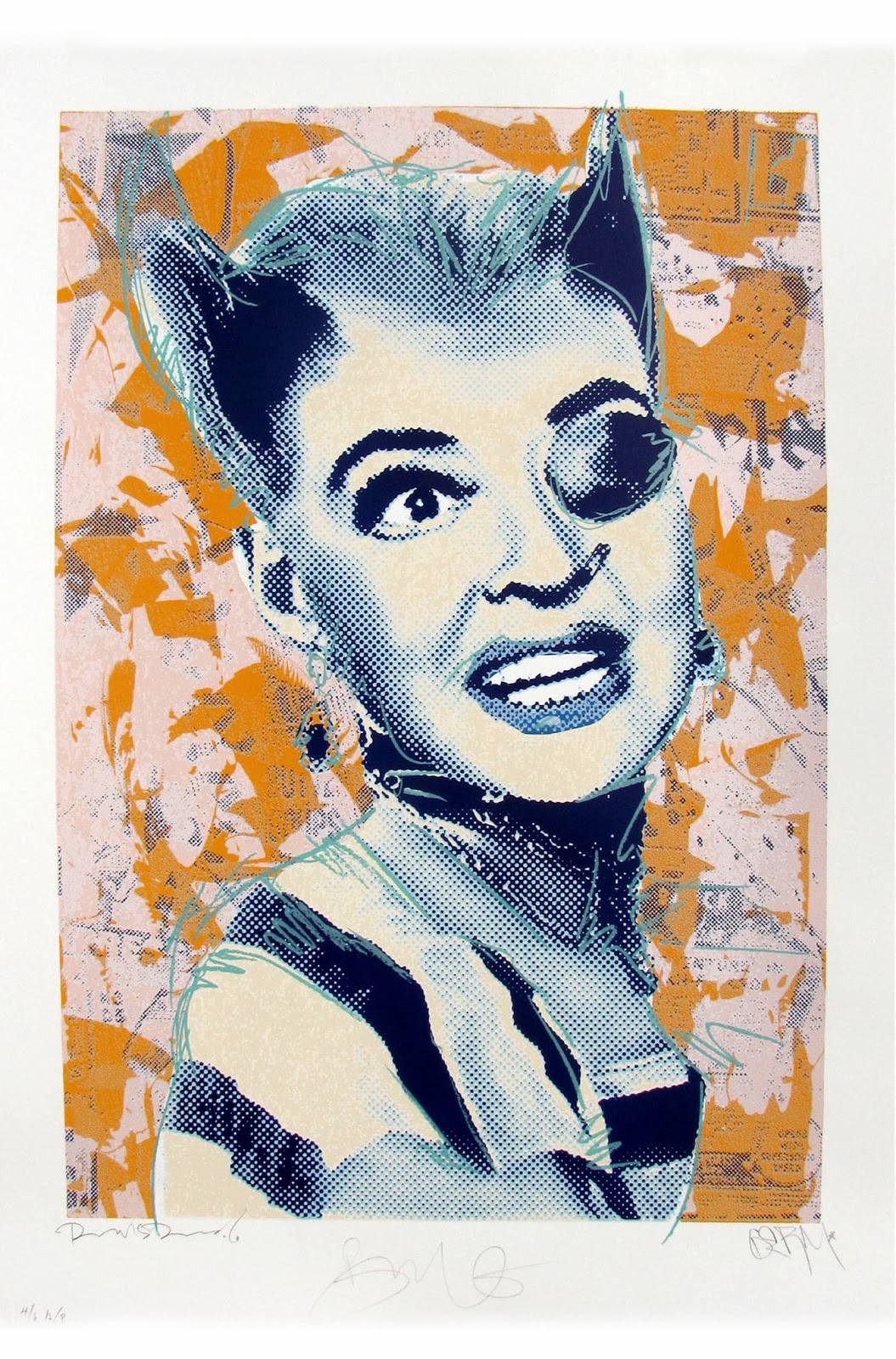 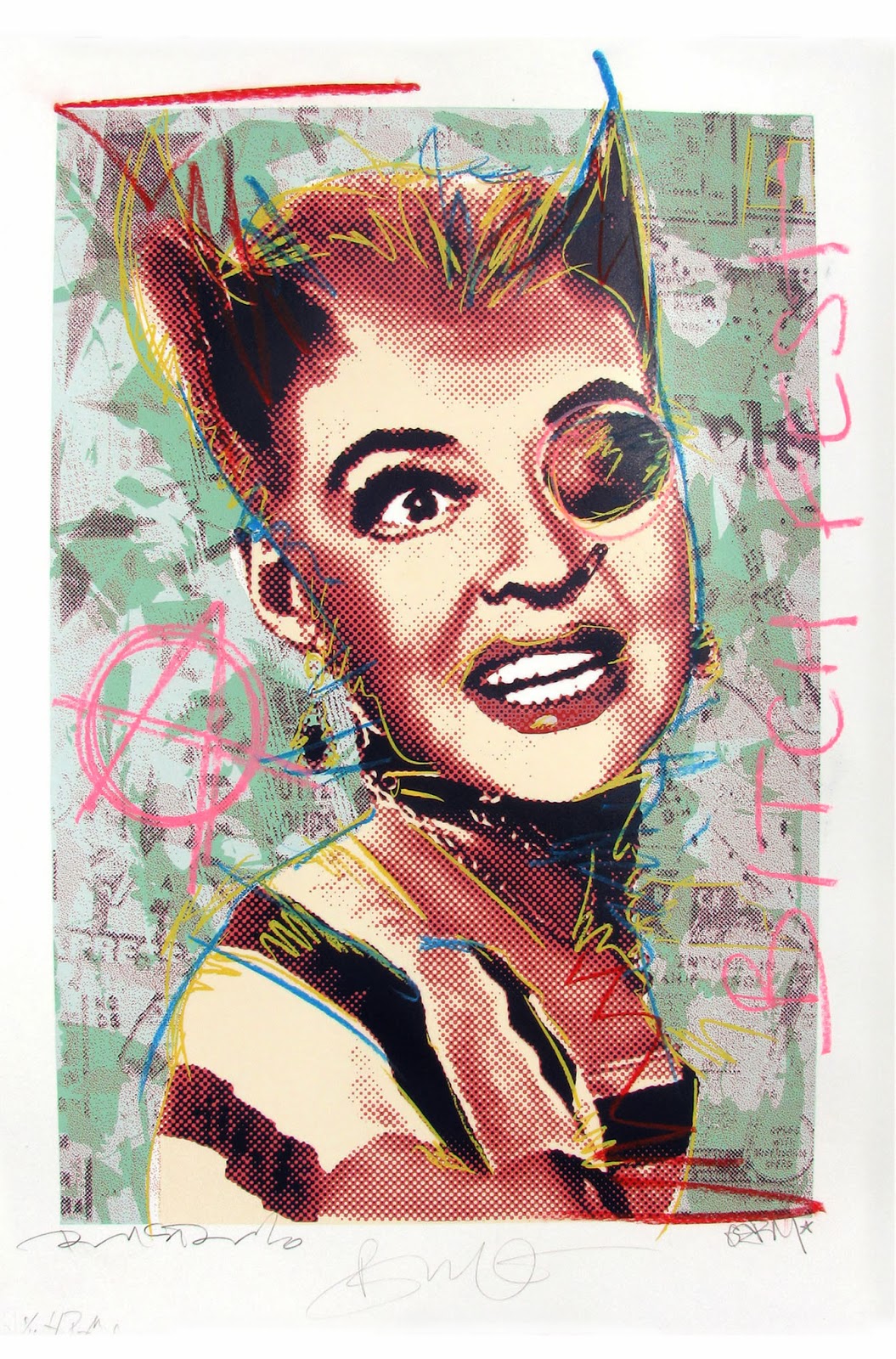 BETTE IS A PUNK ROCKER!

This striking image depicts Davis as the eye-patch wearing, vicious matriarch she played in the 1968 movie The Anniversary, spliced with Catwoman’s hair and clothes style – an expressively individual look that became synonymous with the 1970s UK punk movement.

On his inspiration for the print, Boy George says: “For me, Bette Davis was a total punk. Punk is about attitude, and she had it down.”

The collaboration is a direct result of Boy George’s long-standing creative relationship with both BOB FIERRO (owner of ZEBRA MERCHANDISING) and artist/designer Germizm.

Fierro has managed Boy George’s merchandise since 1983. Meanwhile, Germizm has worked with Zebra and helped design the singer’s merchandise for the past 15 years – working with Boy George’s 1980s band Culture Club, his subsequent solo career, and his Electronic DJ tours.

Deciding that only the best would be good enough for the project, Fierro teamed Boy George and Germizm with world renowned, master printer/artist RICHARD DUARDO at the latter’s prestigious MODERN MULTIPLES fine art studios in Los Angeles – which has handled such luminaries as SHEPARD FAIREY and BANKSY.

Germizm explains: “Boy George has been producing his own fine art for years. Then during his last tour, he mentioned to Bob Fierro that he would like us to collaborate on a series of prints – since we are both DJs, he had originally called it an “Art Remix”.
“[Boy George] designed the initial, black and white “PUNK BETTE” image, to which I added my signature Los Angeles collage, colorization, and tonal work. Then Richard [Duardo] added pops of color to the face, splashes of background color, and, finally, a 7th color featuring his signature pastel outlines.”

The screen-print serigraph is published exclusively by Zebra Marketing* will be available April 15th. in two colorways, with both editions signed and limited to 40 pieces.

A very limited edition of 10 H.P.M.’s are available as well. 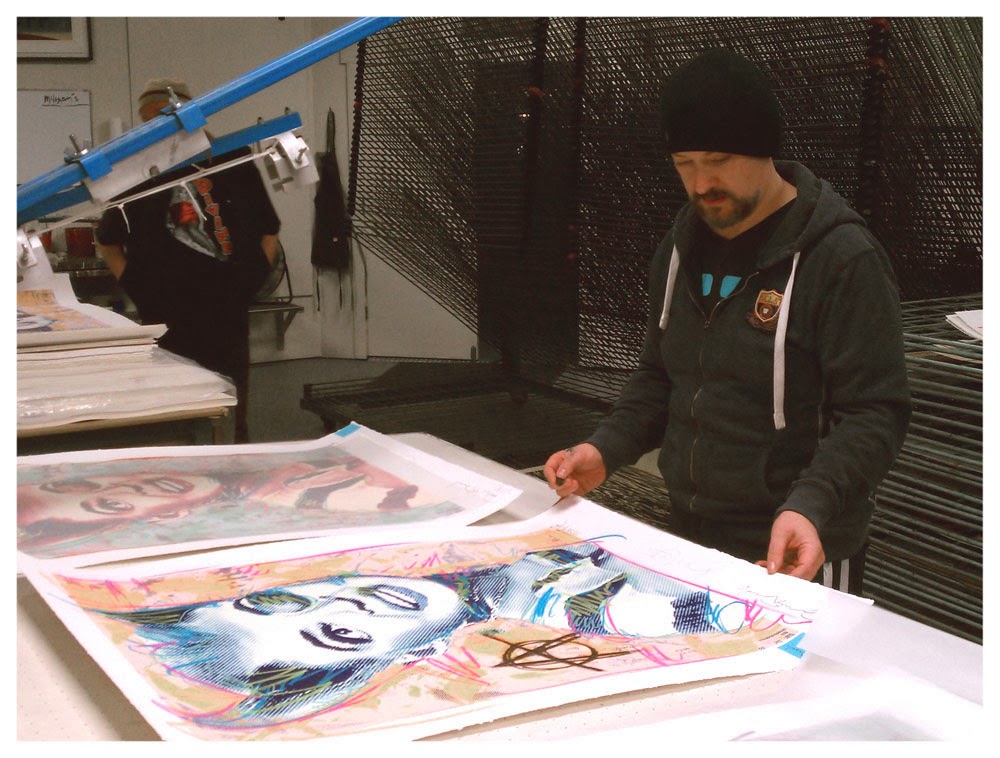 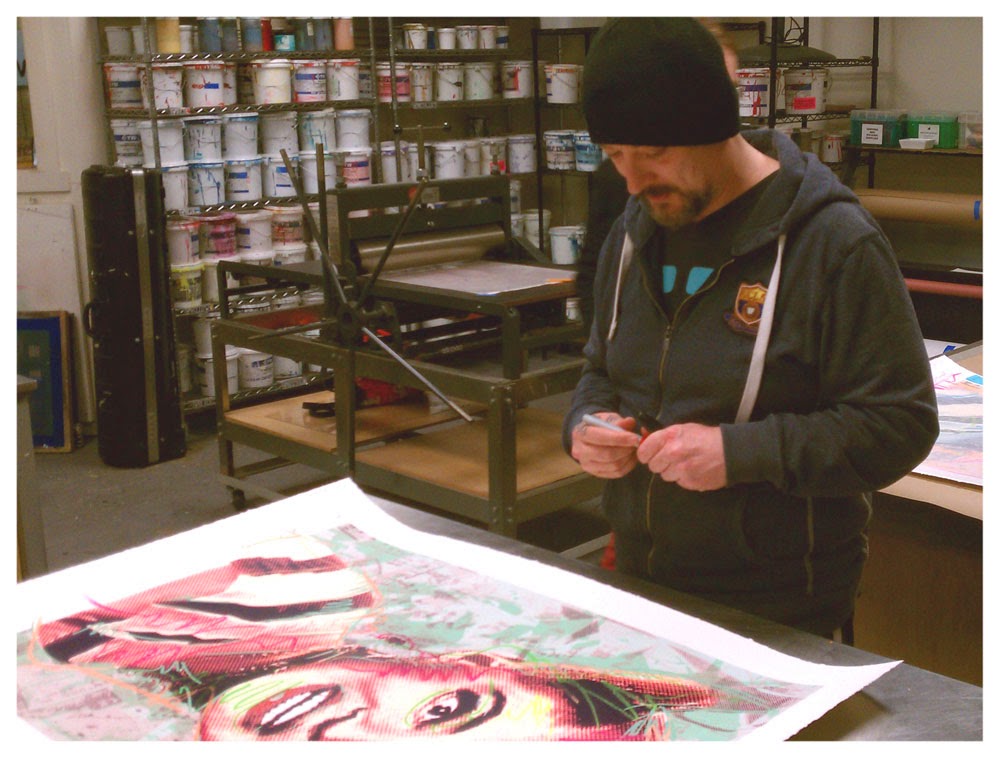 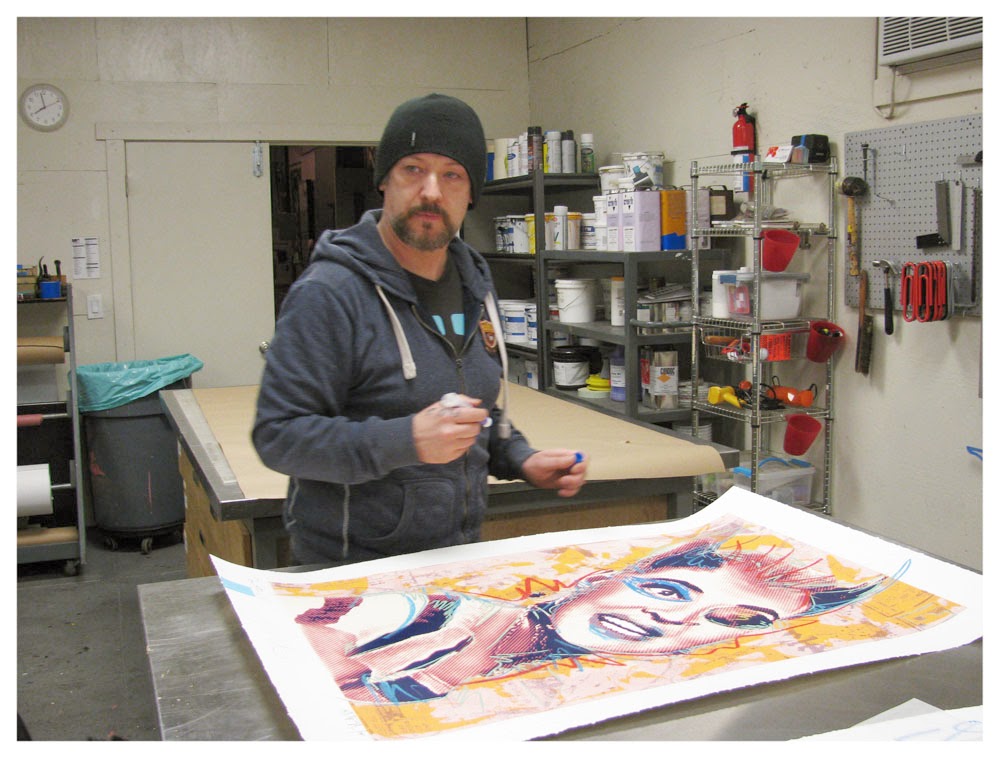 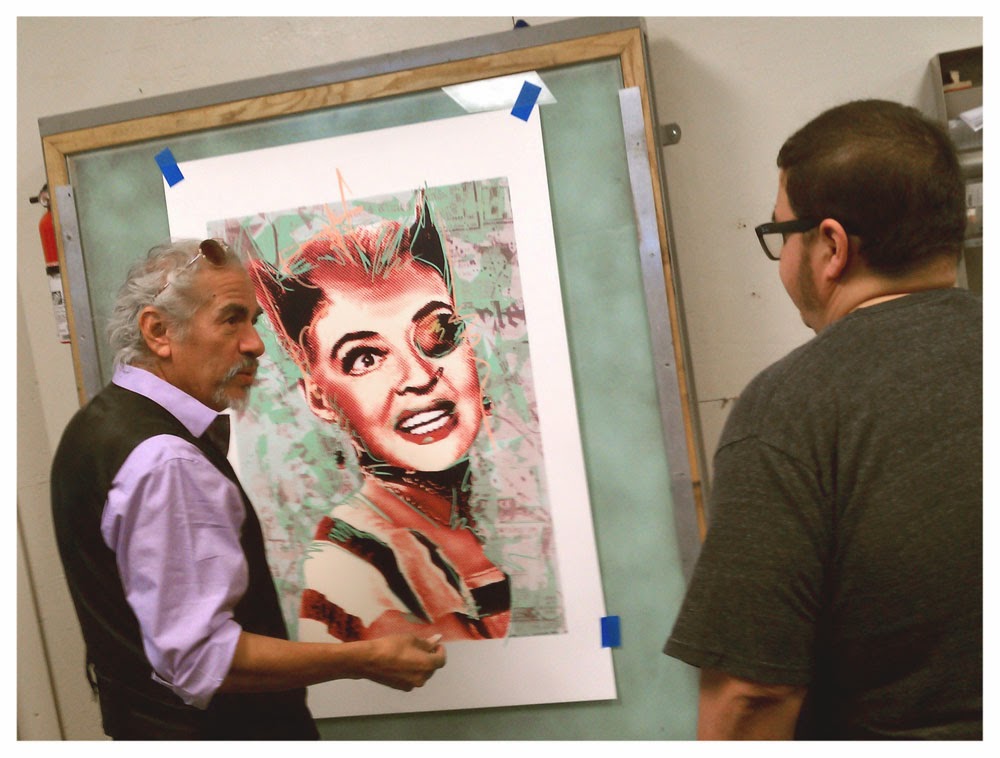 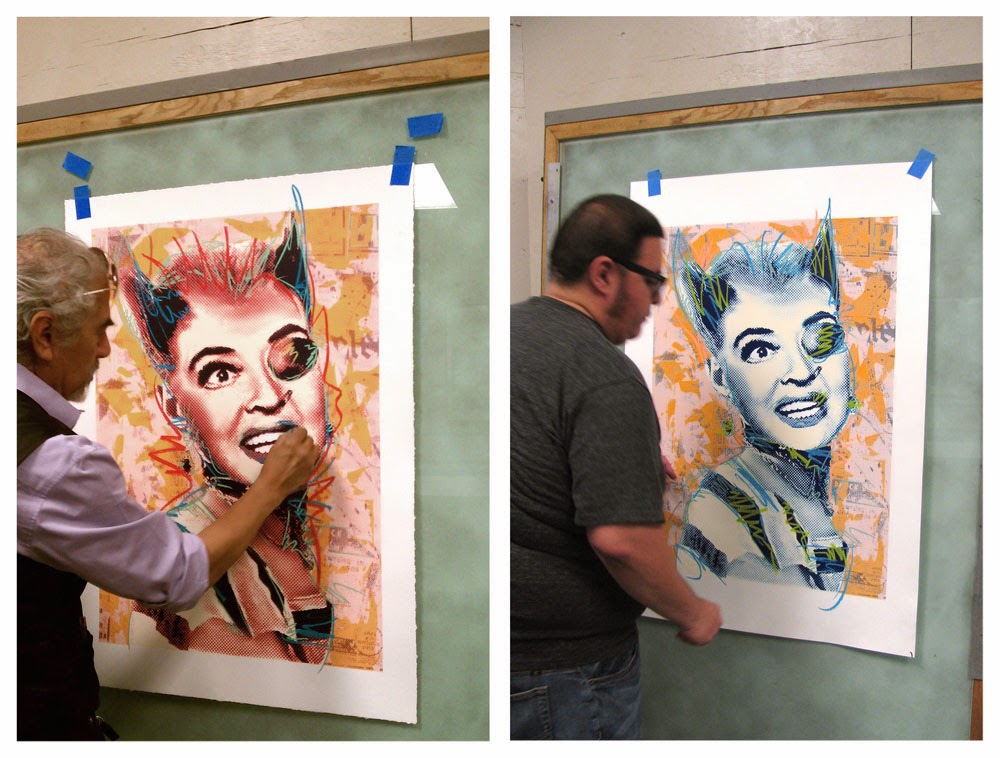 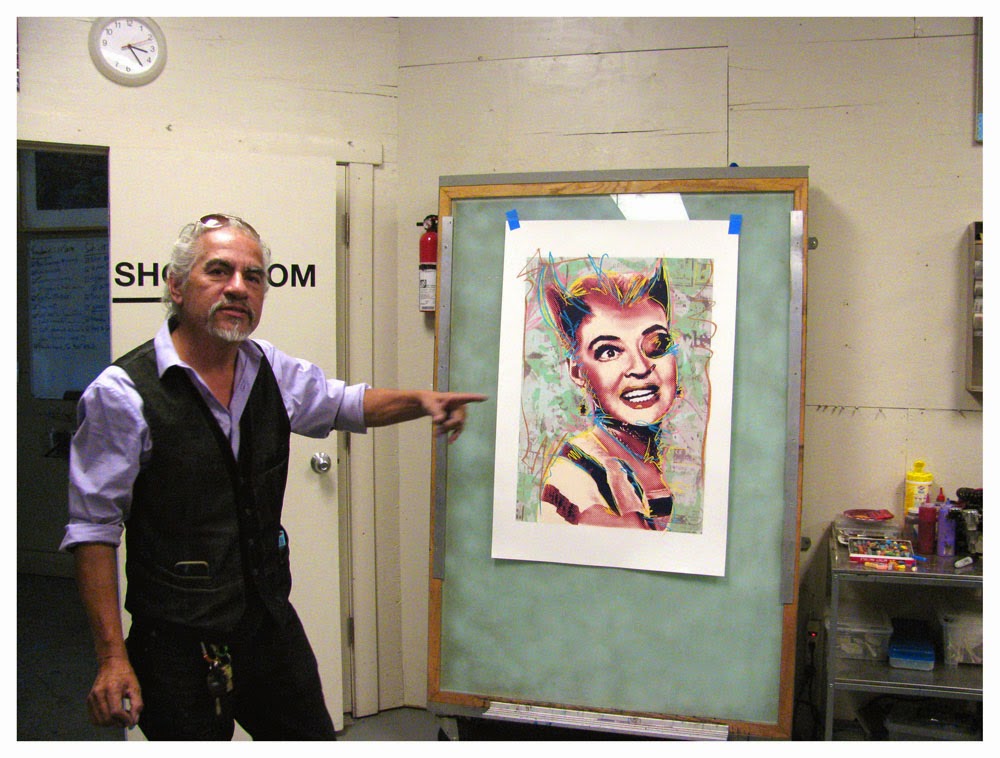 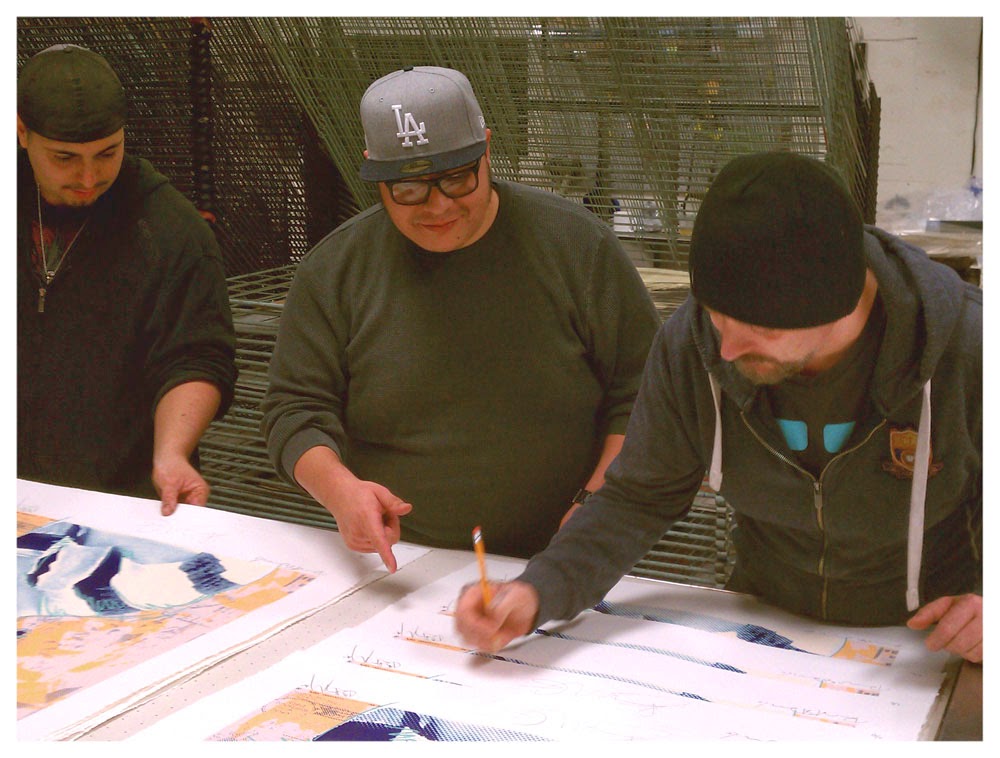 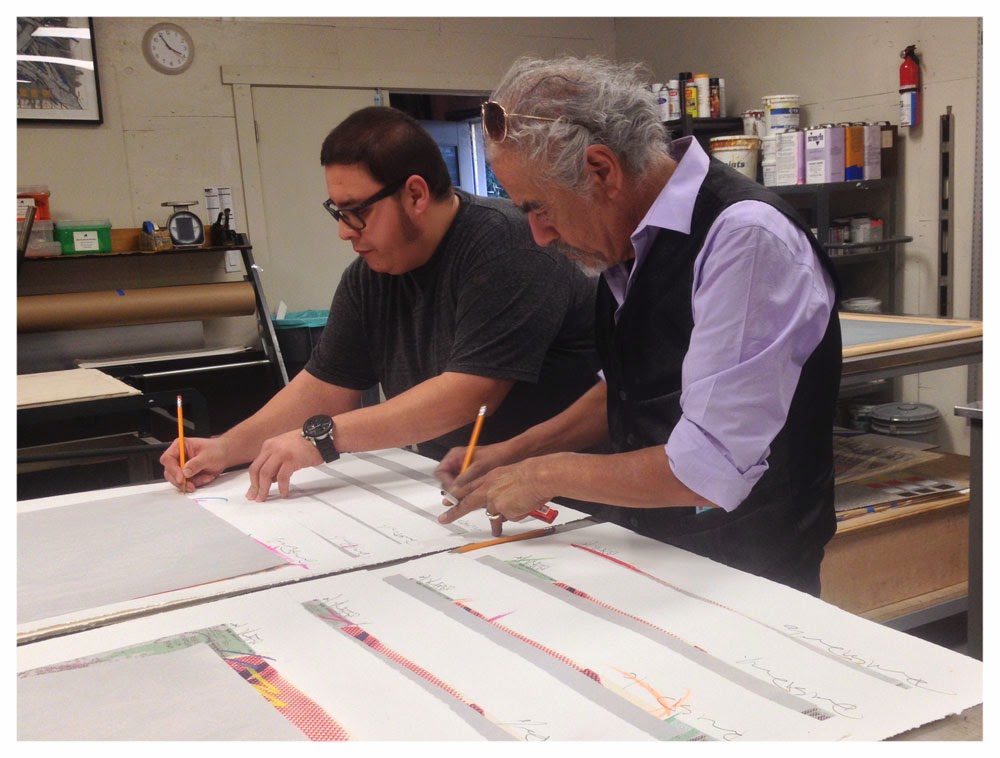 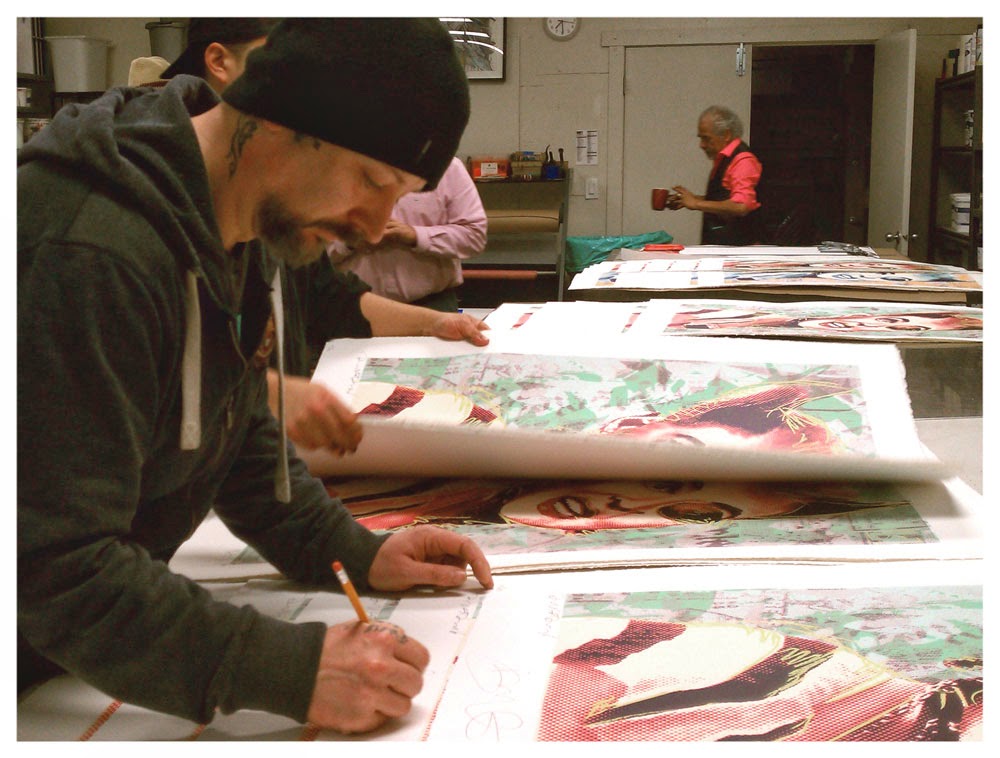 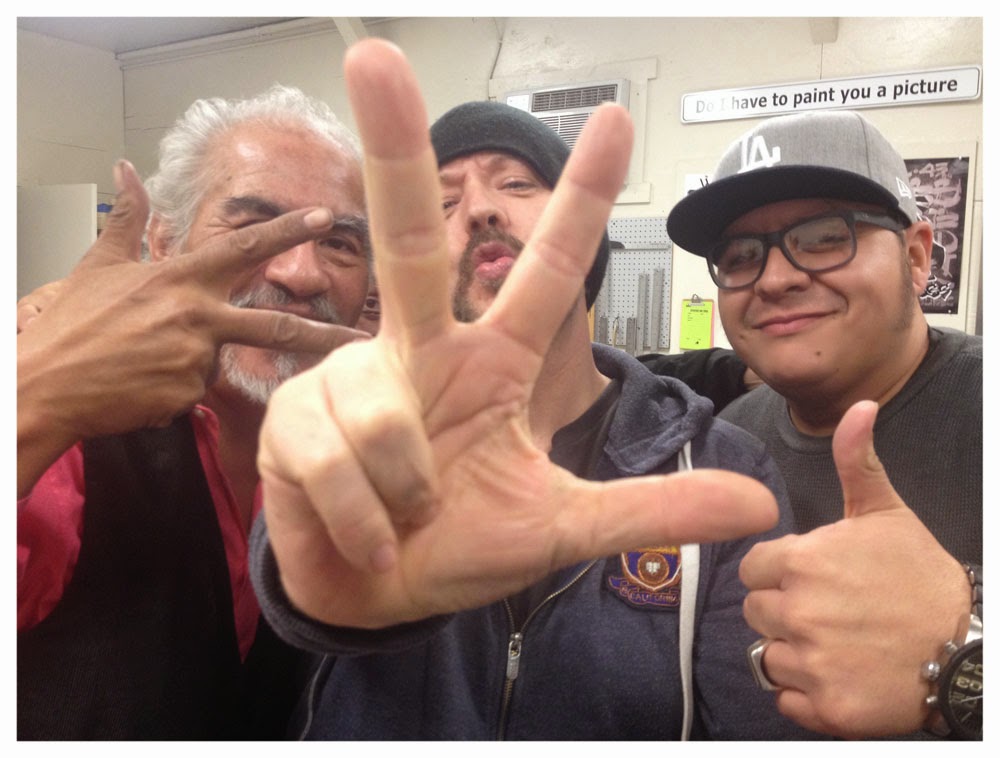 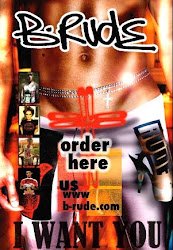